A Cat In The Sink 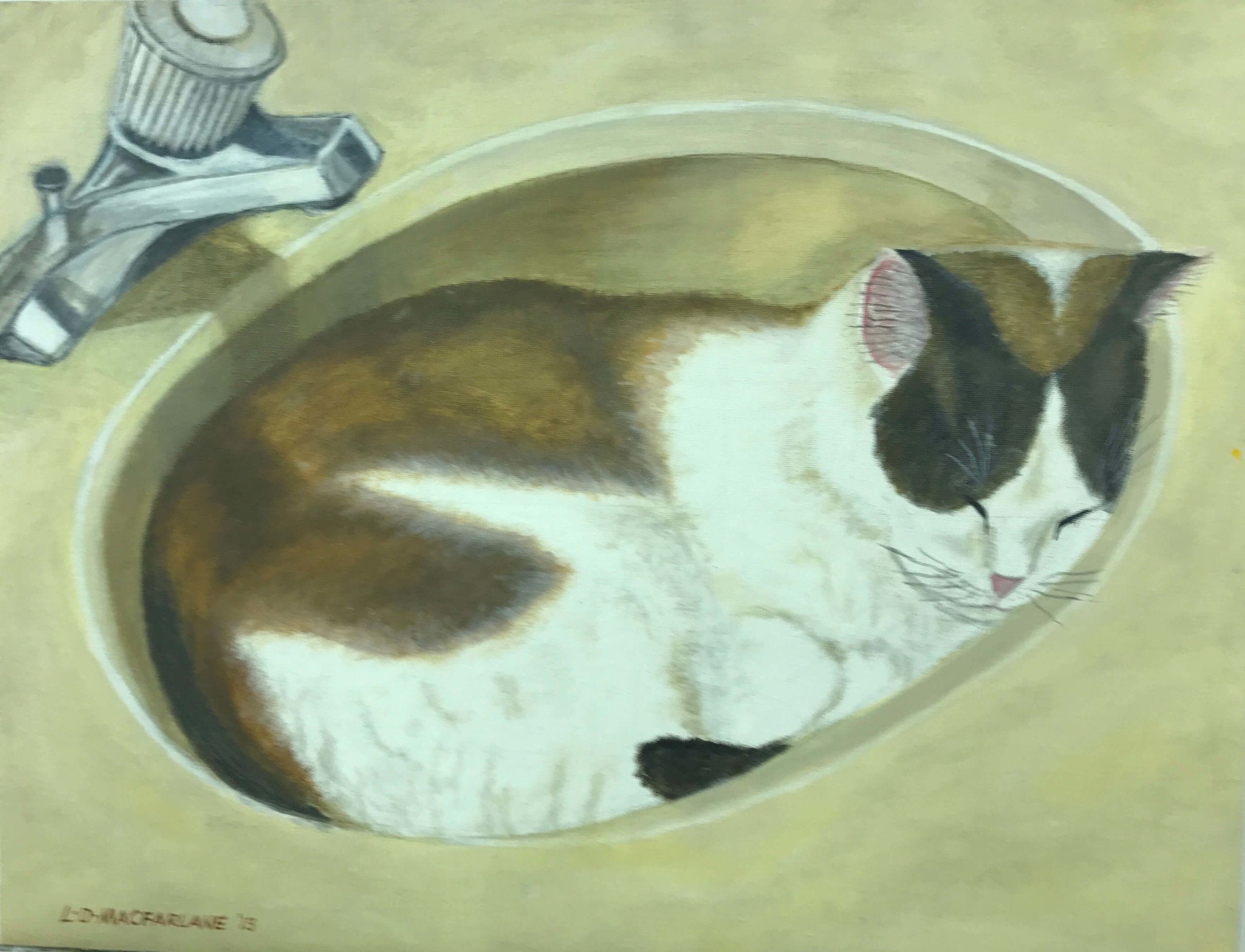 People get attached to their pets — and even after the pets have passed, they love to recall the unique things their furry friends did.

Such was the case in my own family. After our cat Emmett died, we often talked about missing him and especially about those unexpected things he did that entertained us. Besides playing “fetch” with me like a dog, and striking a seemingly authentic ballet dancer’s pose on the end of our bed, Emmett could take naps in the most unexpected places! Our bathroom sink was one of his favorites, and one day I took a picture of him there which is now a prized painting among our family members.

It would have been difficult to as easily picture Emmett’s other unique habits. How would you clearly depict his “fetching” or his playing hockey by batting his cloth balls under the dresser in the master bedroom? To me, a painting of such behaviors would have hard to paint, unless you provided a caption at the bottom of the painting explaining what it attempted to portray.

So, the idea of painting our cat in the bathroom wash basin was born.

It was hard to paint. Painters of both domestic animals and wildlife will tell you that accurately showing the fur on an animal is a real challenge. When the fur is laying flat It it appears to have no texture, and when it is roughed up or wet, making it look real can come off like a picture of a stirred up weed patch.
I make no pretense to getting it just right, but to the family its coloring and its unpredictable behavior made the painting a memory of our beloved pet.